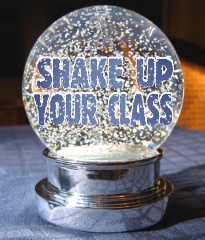 A month or so ago, my friend Guy, whose children are educated at home, treated me to one his occasional rants. “People know there’s an Arms Lobby,” he said, “so they’re very wary about calls for more spending on Defence and question whose interests these serve. But there’s an Education Lobby too, and it always wants more spent on educational initiatives and new technologies. Because it frames its proposals as Public Goods,” he went on, “middle-class liberals find it harder to see through this hucksterism.”

I don’t think Guy was having a go at me specifically — I neither support nor participate in any formal lobbying activities in education. But I couldn’t escape the fact that a good slice of my consulting income comes from public funding for educational initiatives and new technologies.

And there’s no escaping the fact that that funding will not be sustained in coming years as it has been for the last decade. Earlier this year I did some work for the Learning and Skills Improvement Service. Via Seb Schmoller comes a quote from the head of a think tank under the heading of Progressive Austerity, “Any agency with the word ‘improvement’ in its title could probably disappear without discernible negative effects.” Hmmm.

We’re all programmed to learn

We all need to take responsibility for finding ways to do more with less. I’m with Guy and many in the growing Collapsonomics wing in thinking that the silver lining to this particular cloud may be not just quite substantial but also very necessary.

What’s more, some of the ideas to help us achieve this have been around for a while. Sure, we could do with fresh and original ones as well, but let’s also see if it might be time to invite some of those voices-in-the-wilderness in from the cold. Here’s a short account of how many long-held sustainable-futures mantras may be building in currency in the light of belt-tightening and decline in the ‘diseases’ of affluence.

Radical voices in learning also take on new relevance. For recent generations of home educators, Ivan Illich’s 1971 Deschooling Society is pretty much a creed. “This Education Lobby,” argued Guy, “want to make learning seem so complicated, as a justification for their complex and expensive solutions.” Gulp, maybe he was having a go at me. “But it’s not, learning is simple; it’s one of the few things we can’t help ourselves from doing. We’re all programmed to learn, before we’re born.”

So, the argument goes, perhaps this Progressive Austerity can clear the decks of over-complicated processes, technology, accreditation and regulation, and in the process make learning work better, not worse.

And if that were possible, what might it look like? As if by magic, Deschooling Society (1971, remember) imagines “learning webs” where people learn from each other through advanced technology and communications. Sounds familiar? A couple of years ago I wrote about how some anarchist ideas pre-figured Web 2.0 models, and this seems like it could be another example.

But careful as we go. It would be a mistake to take this as a glib endorsement of recent trends. On the one hand, if the radical critiques and bold prescriptions have any value, it is in distinguishing ‘convivial’, liberating arrangements of people and communications from those that threaten to knot our learning muscles into cramps. On the other, these prescriptions are not beyond criticism themselves: if they’re so
wonderful, how come their successes have been local and contingent? How come they’ve never seen widespread adoption without being compromised?

I can’t answer all those questions, sadly, but the rest of this post is me feeling my way towards identifying some ingredients — with the aim of enabling lightweight learning techniques that don’t require continuous interventions and maintenance from consultants like me.

Let’s call this self-organised learning. The first ingredients I start with are technology and people.

Lightweight use of learning tools

Is it time to admit the limitations of the grand multi-million-pound infrastructure IT platforms? I’ve worked on two with budgets of eight figures: one for Training and Enterprise Councils in 1990 (the largets cost was hardware), which was a barely-mitigated failure — many users ended up resorting to Excel, which did the main jobs better — and one for learndirect a decade later (the largest cost was
communications infrastructure), which was a mitigated success (probably the best you can hope with a project at this scale). Even in the latter case users ended up devising their own secondary systems to enable them to serve the big beast at the centre, such were its demands for data and its inflexibilities.

After more than fifteen years of developing collaboration tools on the net — starting in my case with things like BSCW — email listserver are still the most widespread and foolproof (actually they’re not foolproof, but you know what I mean) means that groups of people use to share and coordinate with each other. It’s what home educators use.

Email lists are not going away, but can we improve on them in some circumstances? The number of Ning networks I’m a member of has gradually crept up to 20, and I hear talk of ‘Ning fatigue’ from people trying to keep
up with proliferating associations. (Don’t even mention Facebook groups.) Ning networks have become de rigeur for anyone trying to build some momentum behind an idea, helped by the fact that they are free. However, being free encourages a mindset where people set up Ning networks more or less on a whim, without the disciplines and commitment that self-organising needs to make it work.

So, as with old school (pardon the pun) bulletin boards, the challenge is maintaining momentum. And when I spoke last year to Steve Hargadon, who set up Classroom 2.0, the largest, most active Ning network I belong to, he said that in his view it was Ning’s discussion forum facilities — not the more ‘2.0’ features like ‘friending’ and blogs — that generated most of the benefits of the network. Again simple, tried and trusted solutions seem to carry the day.

But there are always exciting new possibilities on the horizon. And this season’s is Google Wave. I may come across as cynical, and frequently I am, but the advance information about Wave has got me genuinely excited. Is it a document? Is it a message? Is it a real-time multimedia conversation? Whatever it is, it won’t be simple, tried and trusted. But it may ultimately have a role in some instances of self-organised informal learning — and hopefully not just for geeks.

I think there is a role here in working with groups who are organising themselves to help each other learn something: a lightweight intervention to help decide what mix of free collaboration tools has the best chances of success with a particular set of people
and a specific set of goals. The infrastructure behind Google offerings isn’t lightweight, of course — it’s orders of magnitude more heavy duty than the multi-million-pound platforms I mentioned before — but the practices that use this infrastructure can still be nimble on their toes.

The other side of the coin is the competences, attitude and capacities of the people doing the learning. It’s true that we’re all programmed to learn, but, along with the large, inflexible ICT systems, some of us have got used to the support of having others feed new material to us when they think we need it. Just as some of us are better than others at improvising workarounds for inflexible systems, so some of us are better at organising and pursuing our own learning.

If you accept my case that there’s an emerging consensus about the qualities that make good self-organising learners, there’s a further question: to what extent can these qualities be nurtured, or even taught?

These are some ideas I’ve been kicking around with my friend and regular associate, Seb Schmoller (though this particular expression of them is my own) as we think about how we can be useful in changed circumstances. We thought it might be interesting to carry on this discussion in writing and in public, to see if anyone else might be interested in joining in.

I’m making no claim that this approach is a panacea for all kinds of learning: it’s evidently not applicable to safety-critical domains or compliance training, for example. And I’m well aware of the large number of people who’ve been developing closely related ideas for many years. George Siemens, Jay Cross, Stephen Downes, School of Everything are just a few that immediately spring to mind, and you can probably add many names to these.

Wacky ideass are mostly talked about at leading edge conferences, implemented in the experimental margins of large organisations or in new start-ups. I guess what we’re wondering is if the time has come to transfer the wacky ideas into the unwacky world occupied, and perhaps soon to be vacated, by those agencies with ‘improvement’ in their titles. Bluntly, can we fill part of their role with some relatively quick and low-cost interventions, with near-zero permanent head count and near-zero capital expenditure? (There, that should ensure I never work for them again!) Can we integrate freewheeling, free range learning into mainstream ‘delivery mechanisms’ for education and learning?

Update: some more posts on this theme:-